Rethinking the Movements of “The Fresh Prince”

Some members of Acting Like a Robot participated in two workshops with Bram Ellens to redesign the movement segments of one of the robots on display in his exhibition, Robots in Captivity, where he explores the relationship between robots and humans. Here, each robot displayed has its own backstory, such as what they were designed to do, where they come from, and why they are kept in captivity.

The robot we worked with in these workshops, “The Fresh Prince”, has the background story of being severely traumatized, but the way in which it moves did not communicate its character to the audience. Therefore, this workshop was organized to rethink the robot’s movements in order to effectively express the robot’s character.

Basic Information of the Workshop

Objective:      Rethinking and redesigning the movements of “The Fresh Prince” 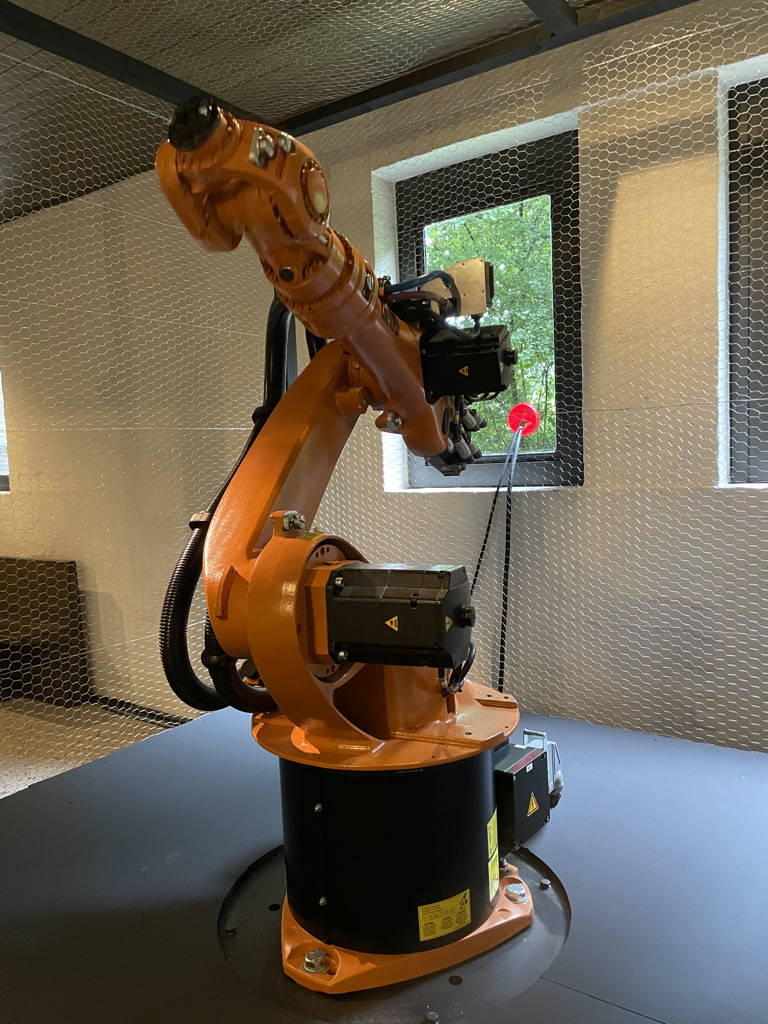 “The Fresh Prince” by Bram Ellens

Introduction of “The Fresh Prince”

Sadly this compact Kuka has been severely traumatised working in an illegal chicken slaughter house. While the KUKA Nova celsitudinem is known for his playful frivole behaviour, this inhabitant named the Fresh Prince is unable to function normally in the public anymore. Let alone to be a playful activity companion for children as his designer intended. The Fresh Prince is a clear case supporting our cause for humanity guidelines for robotics.
Can be found across Europe in playgrounds, kindergartens and public parks. Extremely playful, curious and doing an amazing job with kids.
Though usually this species is great interacting with kids, beware that the Fresh Prince is severely traumatised and therefore has to be approached with extreme caution. (Robots in Captivity, n.d.) 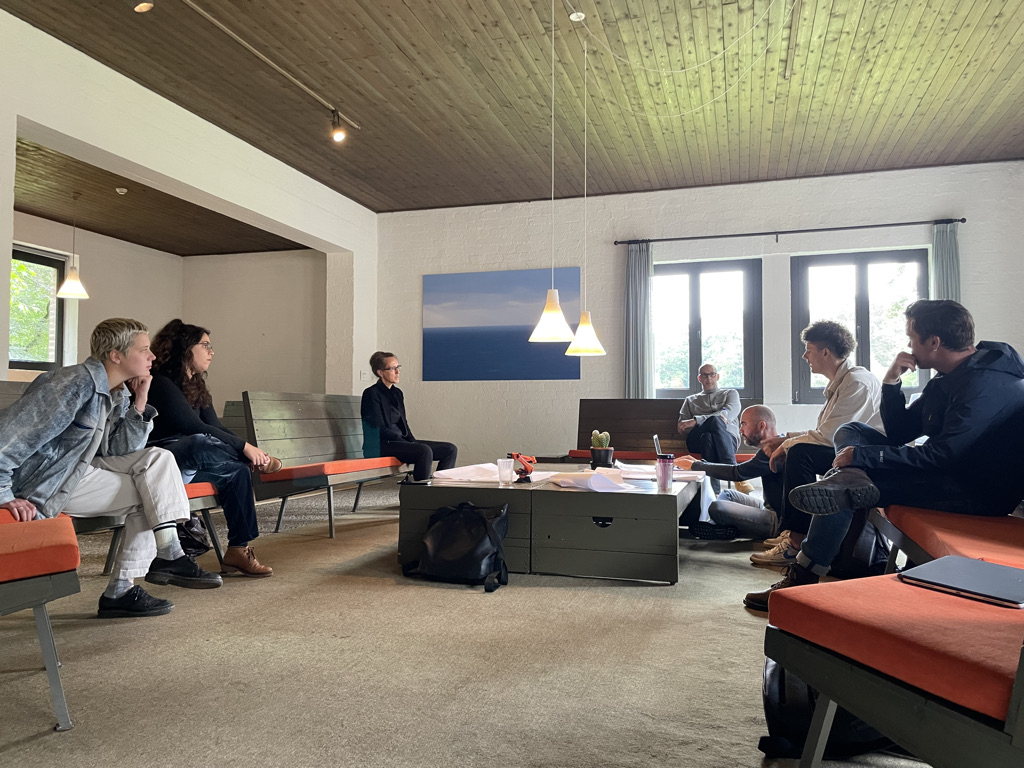 Discussing ideas on how to improve the movements of The Fresh Prince.

The workshop was divided into three parts:

In the first part of the workshop, we worked in partners to discuss the current state of The Fresh Prince to identify the problem and to brainstorm ways in which its movements could be improved. The questions asked included:

Next, each group presented their ideas and shared what we had come up with during the brainstorming session. The focus of this discussion was on the behavior of The Fresh Prince and how that would be expressed in the robot’s own movements. Rick van Dugteren, who is responsible for programming the robot, joined to share his view on our ideas and offered insight on technological possibilities and limitations. Following are some of the behaviors that we agreed would be characteristic of The Fresh Prince:

Programming movements into “The Fresh Prince”.

The last part of the workshop was translating these behaviors and programming the movements into the robot. Although we had tested some movements with a small model of The Fresh Prince in previous stages of the workshop, adjustments were required not only because of technical limitations, but also because some movements turned out to be very different in what they communicated to the audience then we had imaged.

As a part of the design process, we attached an action camera to the 6th axis of the robot (the part which we imagine to be the equivalent of a face). This was an attempt to understand the movement from the perspective of the robot; in other words, to think about what it would means to ‘act like a robot’. This initiative was especially useful in the part where The Fresh Prince looks around its surroundings as we could adjust the speed in which it turns its head to make sense for the robot itself, rather than making decisions based on what we, as human makers and audience, think is appropriate.

Bram Ellens attaching an action camera on The Fresh Prince

Whereas designing the movements regarding sleeping, stretching, and looking around were with much success, getting the robot to express self-harm and playfulness were more difficult. In the end, we decided to postpone the programming of these two behaviors to the next workshop. We observed that thinking about behaviors from humans’ perspective and making the robot simply mimic certain actions results in awkward movements that do not effectively express the intentions behind them. In other words, designing the movements of playfulness and self-harm must start with understanding the robot from its own perspective and what would be natural for the robot’s own body, rather than merely translating human movements of the same intentions into the robot. As a result, sleeping, stretching, and looking around felt very natural for The Fresh Prince because we had designed those movements while thinking from the robot’s body and perspective. On the other hand, when we started thinking about self-harming and playful behaviors of humans or other animals, and ways to translate them into The Fresh Prince, the robot’s movement felt forced and mechanic.

In this regard, the workshop was successful for two reasons. First is that we were able to design some new movement segments for The Fresh Prince. Secondly, our failure in designing other segments provided a meaningful lesson that movements must be considered from the robot’s own body and perspective instead of those of humans, or any other creature for that matter.

The second workshop took place on 14 October 2021 in which three people participated: Bram Ellens, Rick van Dugteren, and Soyun Jang. Ellens decided that he wants to limit the movement segments of The Fresh Prince to sleeping (with three twitching moments in between as if it has nightmares), stretching, and staring at the audience. Keeping in mind the lessons from the last workshop, we tried to think from the robot itself in designing the movements. A large part of this workshop was technical, trying out different speeds and angles to find out what seems the most natural and comfortable for the robot.

Personally, it felt as if we were having a dialogue with The Fresh Prince as directors and actor. By programming, we would be directing the robot as at a film set or theatre but did not have full control over the robot’s acting. In a way, we had to listen to the robot’s own voice and wills. Some of the movements we wanted were simply beyond the robot’s technical capability, and others looked very uncomfortable or forced. Thus, this brought us back to the question embedded in the very title of our project: what does it mean to ‘act like a robot’?