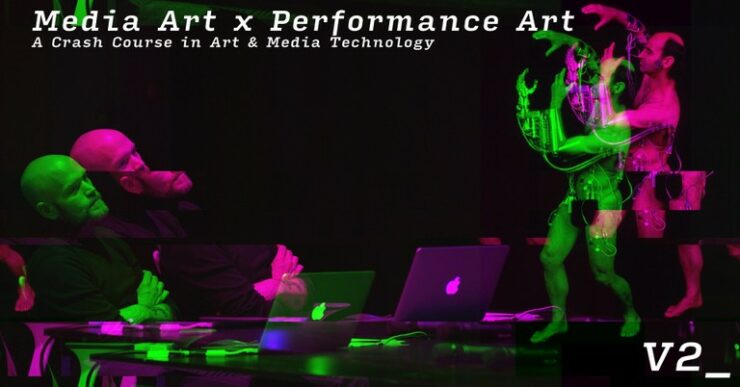 An annual series of events specifically curated to introduce the exciting crossover domain between art, technology, science, and society to those not yet familiar with it. This year, the Crash Course in Art & Media Technology will focus on media art’s relation to music, dance, theater, and performance art.

Performance art sometimes includes elements of sound or video, but what really sets it apart from its cousin installation art is that the artist is present and integral to the creation of a unique live experience for the audience. Although performance art is often strongly associated with its 20th-century avant-garde roots, more recent crossovers into media art have challenged the medium and pushed the boundaries of what this art form can be. In this session of the Crash Course we’ll focus on how performance artists are challenging the mainstream with experiments in human-machine interaction.

Irene Alcubilla Troughton’s presentation at the Crash Course in October 2022 focuses on the development of Machine and Robot Art since the 60s until now, and its influence on the field of Performance Art. Offering a brief historical account of how Performance Art was influenced by technology, this lecture will offer examples of paradigmatic pioneers of Machine and Robot art, such as Nam June Paik, Stelarc, Survival Research Laboratories or Simon Penny. An introduction to Cybernetic Theory and the famous exhibition Cybernetic Serendipity shall help in explaining how ideas of feedback loops, as well as human and machine reconfigurations, were being focalised in Performance Art and therefore re-directing some of its initial premises, like the centralisation of the human body and the figure of the artist. A series of examples of modern and contemporary Machine and Robot Art will present a perspective on how the field is developing, and what its current concerns are. Lastly, this presentation will speculate about the future of this field, particularly with regards to the intersection between performance and robotics, through the example of Ulrike Quade Company’s Re-Wired NAO exhibition.

There is undeniably an inherent choreography in any sport, emerging out of the battle between the opponents. The title Amplified Fencer refers to the way the work makes this choreography visible and audible. In the piece, a fencer’s movements are dissected via motion and orientation sensors, reformatted with the help of a neural network, and remapped to an experimental audio synthesizer. This allows the fencer’s set of moves to be translated into soundscapes and syncopated rhythm snippets. The fencer constructs a composition by performing a realistic, logical set of moves; the fencer (now a musician) is forced to play the instrument implicitly, not intentionally. This process is prone to the same failures that would lose the fencer points in a match; the neural network is only trained to recognize absolutely perfect positions. Anything short of that will result in garbled output.
Fencing is a sport that requires a high degree of precision and good proprioception. A fencer’s focus and stress response can usually be perceived in the nuances of their moves, though these are difficult for the untrained eye to interpret. To make this world visible, the fencer is wired with an EEG device that actively monitors brain activity. This data is parsed, mapped to a video synthesis engine and projected onto the playing area.
With this computer-enabled amplification, the human-versus-human dialogue of a fencing match seemingly shifts to human-versus-machine. But there is no human-versus-machine dialogue: at best, it is a human-versus-designer/engineer dialogue. Does this axiom still hold true with the involvement of AI in this relationship? 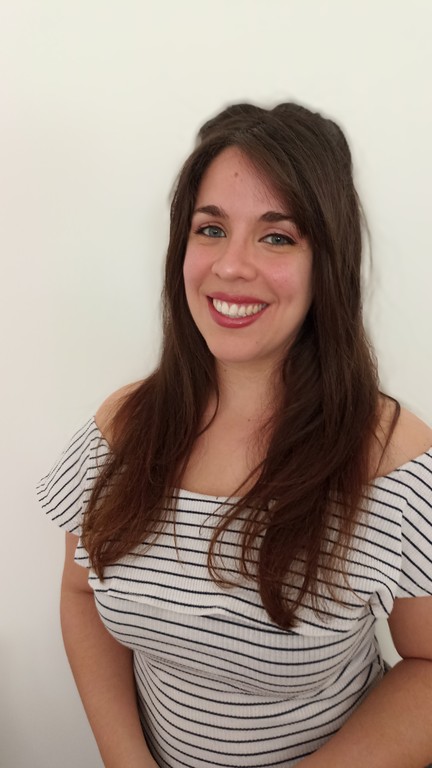 Irene Alcubilla Troughton is a PhD candidate at Utrecht University within the project Acting Like a Robot, where she researches what movement techniques in theater and dance have to offer to the development of human-robot interaction and the design of robot behavior. She holds two RMA degrees in Media, Art and Performance (UU), and Theory and Critique of Culture (Carlos III University). Other interests of her lay on embodied cognition, design studies, and critical disability studies. 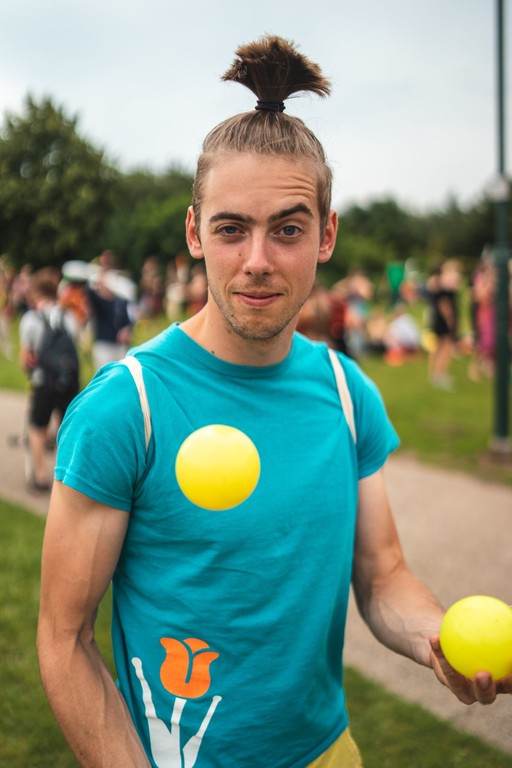 Daniel Simu is a circus artist and creative inventor. By day you’ll find him juggling hoops, people or fire; by night, working with wood, code and electronics. Driven by an enthusiasm for surprising others, he explores the weird, the quirky, the wacky and the impossible through his artistic performances and installations.