Friday 19th I was invited by Koen Hindriks to give an injection of inspiration to the master students joining a project on expressive robot behaviors at the VU (Socially Intelligent Robotics Workshop). With this report I briefly share and document some elements I shared during this exchange. This first exchange between the UQC en the VU originated in the context of Acting Like a Robot.

The moment of coming alive

We as puppeteers are looking for the moment an object/puppet/something comes to live. We are looking for moments of magic. In order to explore this specific moment I shared an exercise:

I brought a little black cube, staged it, and asked the students to do the attempt to ‘see it alive’. For three minutes we all just watched, in silence. Afterwards we opened a discussion.

The exercise showed some elements that could be useful and common in working with objects, puppets and robots: 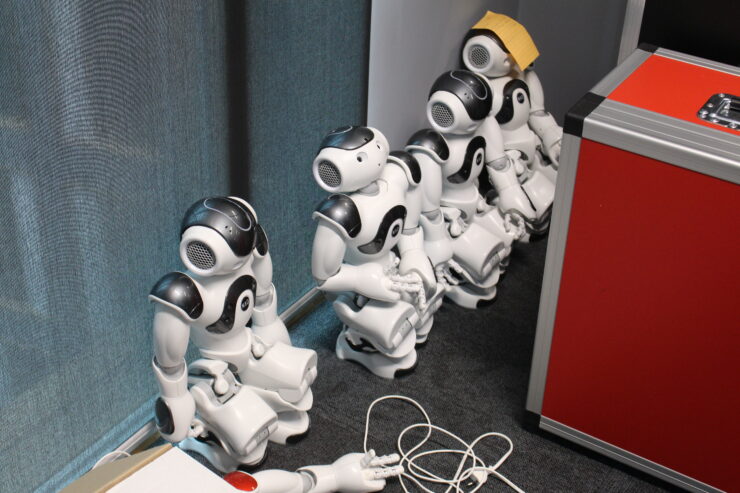 What do we already see when we look at Pepper or NAO?

How do we perceive it in its environment?

What do we imagine and expect it to do?

Can we play with the unexpected in order to create interaction?

Can -instead of the technical possibilities – imagination be the starting point to design expressive robot behavior?

In order to talk about puppetry, manipulation and technique we watched parts of the documentation of the opera Madama Butterfly. We named different elements of manipulation being used to bring this puppet to live: 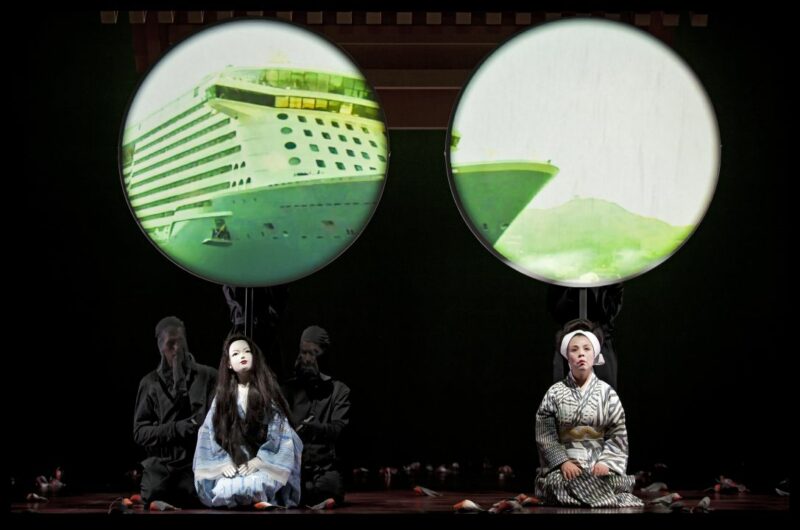 How do these techniques relate to the movement of the robot?
What’s the balance between perceiving it alive or death?

In Madama Butterfly the story was the starting point for the creation of the puppet. It was the starting point for its looks, character, behaviour, movement vocabulary etc. Based on these elements we created a movement behaviour that we used in improvisations and to later on to create a choreography. Other elements than the story that inspired us in designing the movements of the puppet: 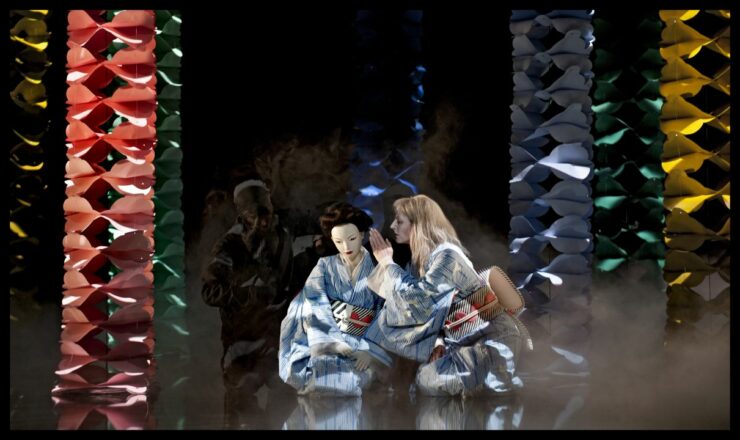 What is(are) the vocabulary(s) of these specific robots?

Would it be possible to improvise with this vocabulary in order to interact with humans?

Can we take ‘non functional’ elements as a starting point for behaviour?

The ´non human´ power of the puppet

We discussed how our company always uses puppets on stage because they transcend the human qualities. In Madama Butterfly the puppet has been used to be an extension of the main character: it expressed/symbolized the emotions of this character. It also gave us access to another time dimension on stage. It flew into the air, and most essential, it died on stage.

What are the ‘non human’ powers of robots?
What exactly are the qualities that distinguish the robot from a human being?
Can we use these specific qualities to invent its behaviour instead of using human qualities?

Is the robot capable of seducing a human into copying its movements instead of the robot copying humanlike movements?

Can we use the unexpected in designing a robot like behaviour?

Can a robot open our imagination? By for example pretending to be something else like an animal, object, by using images and sounds?

The results of this session, among many others, in the framework of the Socially Intelligent Robots Workshop, was a performance with Pepper robot shown on July 2020.