Acting like a Robot demonstrates and puts into practice the potential of collaborations between theatre and robotics for the development of the interaction with, behavior of and reflection on social robots. The project builds on observations by international experts, bringing together their suggestions and expanding these into a direction indicated by them as promising for further development, namely that of object and puppet theatre. This approach is developed in collaboration with renowned puppet and object theatre-maker Ulrike Quade and her company, and in interaction with a selection of robot projects-in-progress.

The aim is (1) to demonstrate the value of expertise and knowledge from theatre for innovative approaches to the development of the behavior of robots and their interaction with humans (HRI), and make this knowledge transferrable, (2) to investigate how a joint approach to the performance of technology may inspire new artistic uses of robots in the theatre, and (3) to use this for additional exploration and reflection on the interaction between humans and robots by means of a performance. Furthermore, together with SPRING Festival for Performing Arts, this project invests in developing an infrastructure for sustaining and expanding collaboration between theatre-makers and robot developers, and for the transfer and utilization of expertise and knowledge. A teaching module developed between the UU, VU, HKU, and Ulrike Quade Company will be used to implement the knowledge and expertise developed in the training of 21st century makers of robots and of theatre.

Read more about our projects!

Robot in a Supermarket 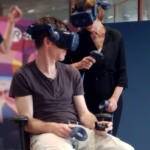 In a future where humans and robots mingle in everyday settings such as supermarkets, robots should be designed to act appropriately so that people accept their presence and know how to respond to them. For example, how can the robot signal it does not want to be disturbed when busy, or make clear it wants to pass and avoid bumping into you when moving around, or show it needs help if the situation calls for it? Read more about it here! This project was featured in Dutch Design Week. 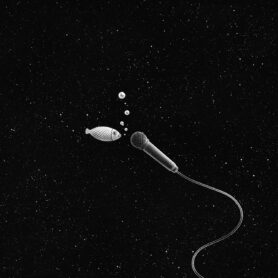 How do we imagine the future of robots? What does it mean to share the world with them? In this podcast series, Luc de Groen examines together with scientists and artists what the future of social robotics will look like, and how could theatre can inform this field. Follow this link to listen to podcasts (in Dutch) or read descriptions (in English).

A Robot Walked into the Theatre... 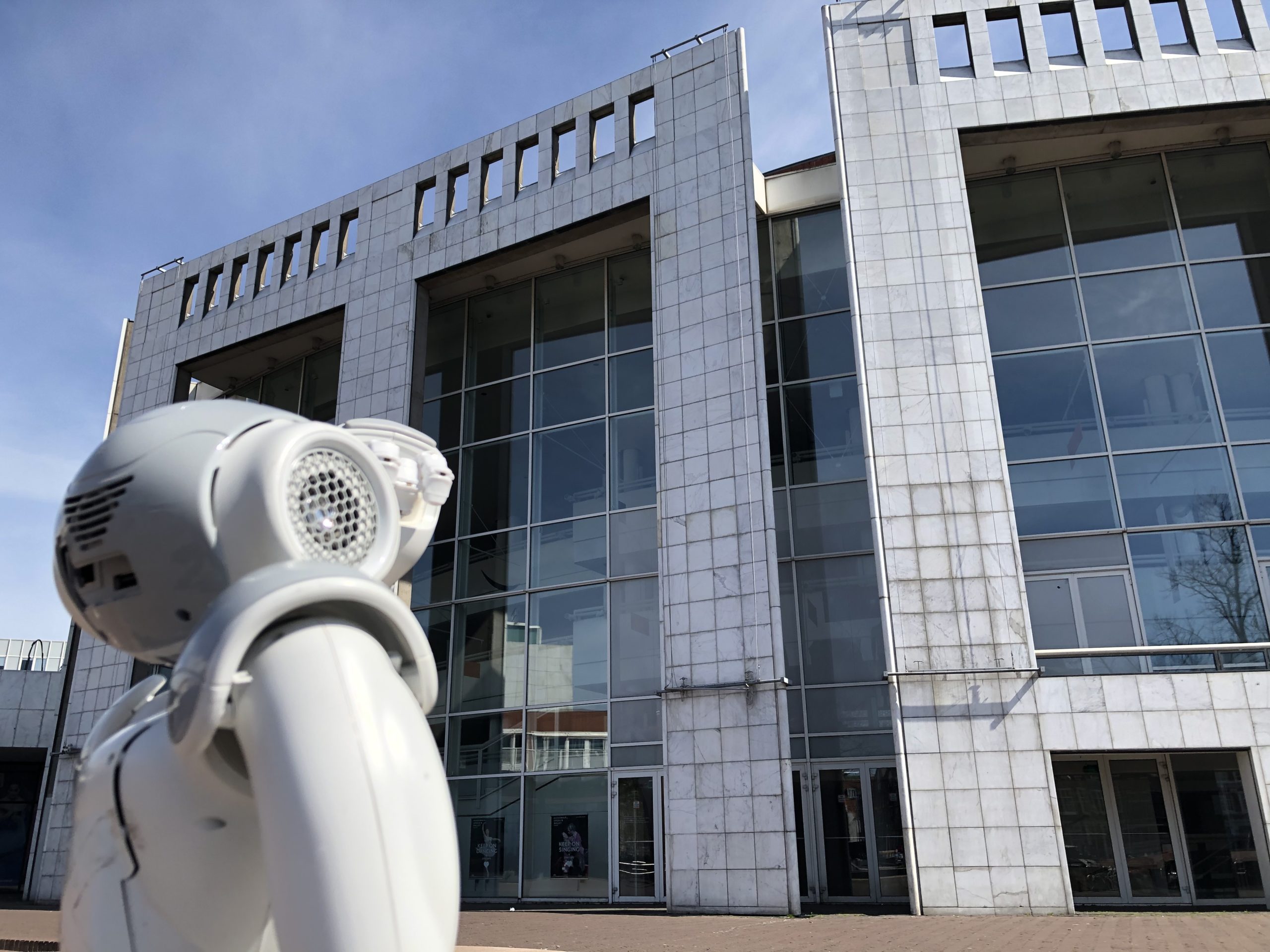 “A Robot Walked Into the Theatre…” is the virtual kick-off of Acting Like a Robot: Theatre as Testbed for the Robot Revolution. This project brings together experts from the theatre and robotics for four years of joint explorations. Watch the video of this kick-off here! This video, made by the Transketeers, was aired in SPRING on Sreen. This project was presented at Puppet International 2022 as an NVP lecture; read about it here.

Ike Alone in the City

“Ike Alone in the City” is a project to keep walking in the direction of Acting Like a Robot during the COVID-19 pandemic and the subsequent lockdown throughout the world. See Ike out in the city, exploring, in a time we humans must stay indoors and isolated. See here for the full blog post.

How would a Pepper express an emotion, understandable for humans? How can expressions be communicated? This blog post documents the presentation where a Pepper robot performs to the tunes of Disney’s hit song, “Let It Go”. Read the full blog post here, and see more photos of the performing Pepper here!

The project Acting like a Robot is investigating with their partners at the Vrije Universiteit  Amsterdam how to create a robot improviser that, in semi-structured environments, can respond and initiate interactions with a human through playful encounters. See here for more on this project. 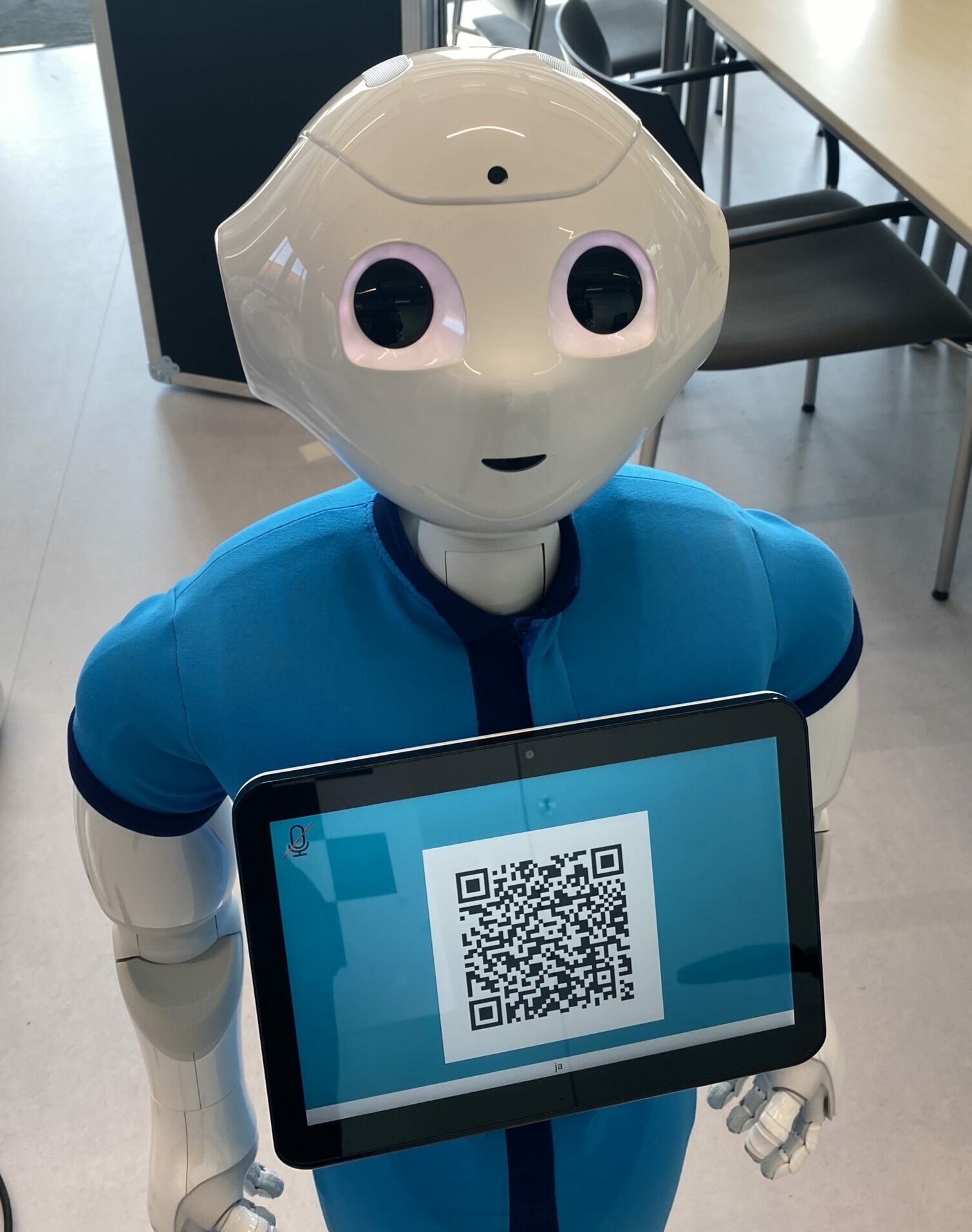 Acting like a Robot contributed to the development of a Pepper robot meant to act as a receptionist at the EYE Museum. Researchers from Acting like a Robot investigated how expertise from the theatre might contribute to making the behaviour of and interaction with the robot more engaging, convincing and attractive. Click here to read more.

NTF Pro | A Robot Walked into the Theatre (In Dutch) 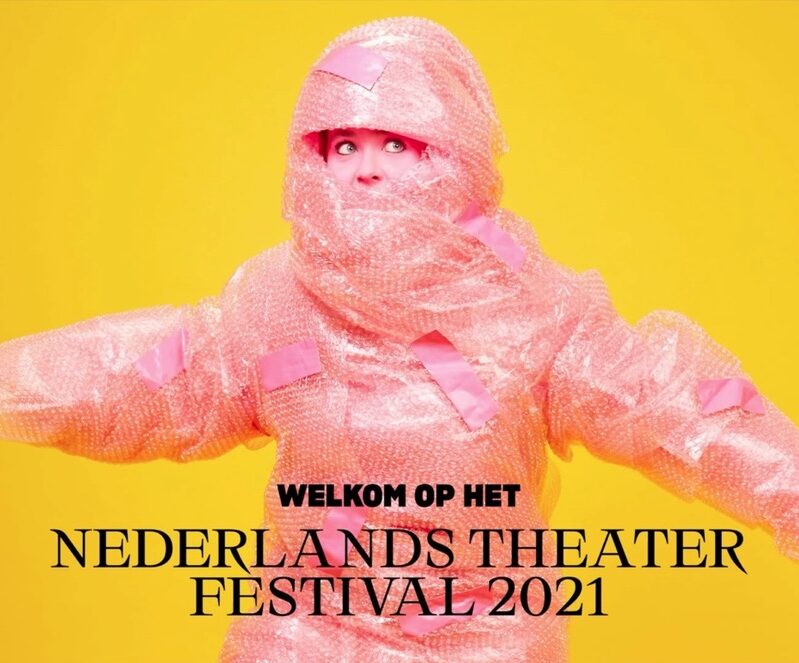 On 2 September 2021, Maaike Bleeker and Ulrike Quade discussed their project Acting Like a Robot as part of ‘NTF Pro’ at Nederlands Theater Festival. Here they talked about how collaboration between theatre and robotics can lead to mutual development and inspiration. Watch the video of this public dialogue here (in Dutch)!

On 3 March 2022, Maaike Bleeker presented a lecture titled “Dramaturgy for Devices” at the 10th Annual Robotics Workshop at Aalborg University.