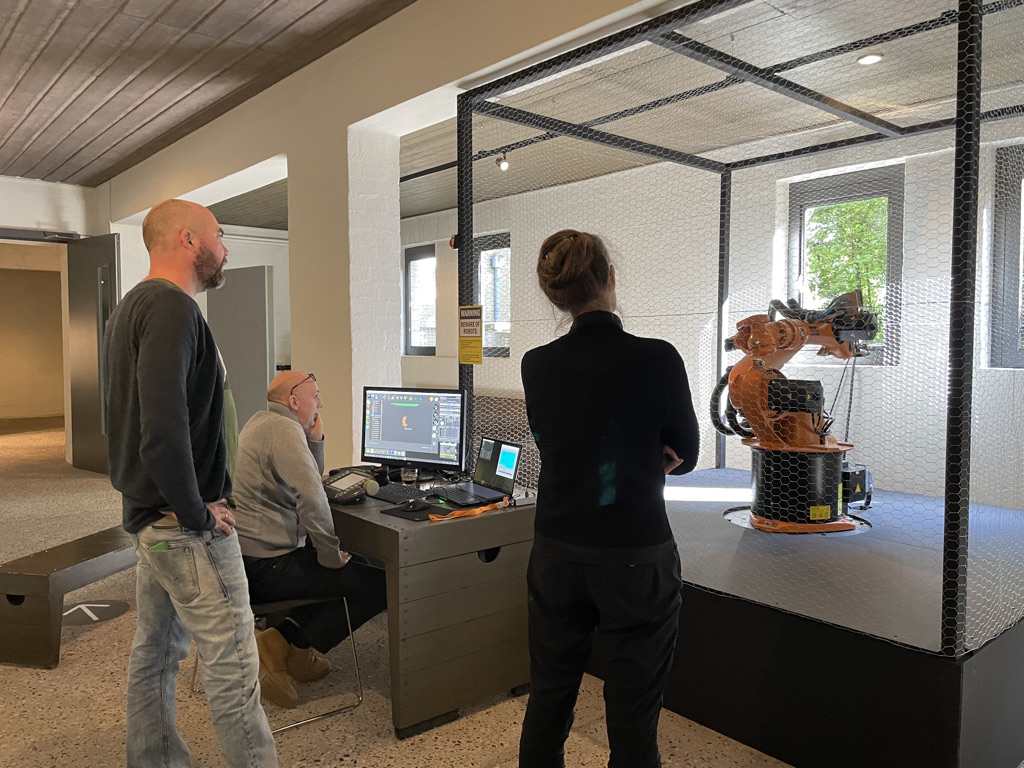 In his exhibition Robots in Captivity (Buitenplaats Doornburgh July 2021 – January 2022) Bram Ellens explored human-technology relationships via the staging of an imaginary robot-shelter modelled after an animal-shelter. There, robots were presented ‘in captivity’ and each with their own background story. Acting like a Robot collaborated with Bram Ellens in several workshops, meetings, brainstorming sessions and talks, by taking his works as a starting point for academic reflection and contributing to his creative process. Observing the ways in which Ellen’s robots afford interaction with the audience, and defining the interaction itself, the members of the project were able to understand how robots function as a theatrical agent as well as a social one. In addition, by researching robots that were created for industrial purposes at work in a performance environment, as well as by engaging in its design/choreographic process, a deeper understanding of robotics and outcomes that could potentially contribute to the field were discovered.

See our blog posts on this project!

Rethinking the Movements of The Fresh Prince 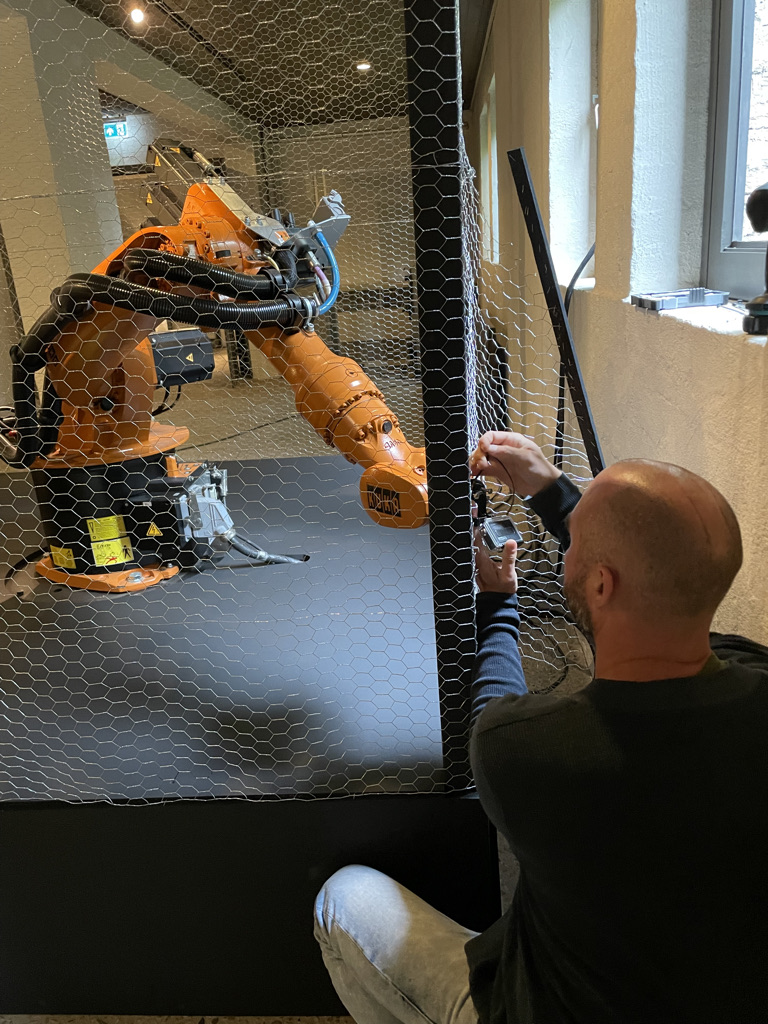 The robot we worked with in these workshops, “The Fresh Prince”, has the background story of being severely traumatized, but the way in which it moves did not communicate its character to the audience. Therefore, this workshop was organized to rethink the robot’s movements in order to effectively express the robot’s character. Read more about this workshop here. See here for a comparison of the robot before and after the workshop, and click here for more photos. 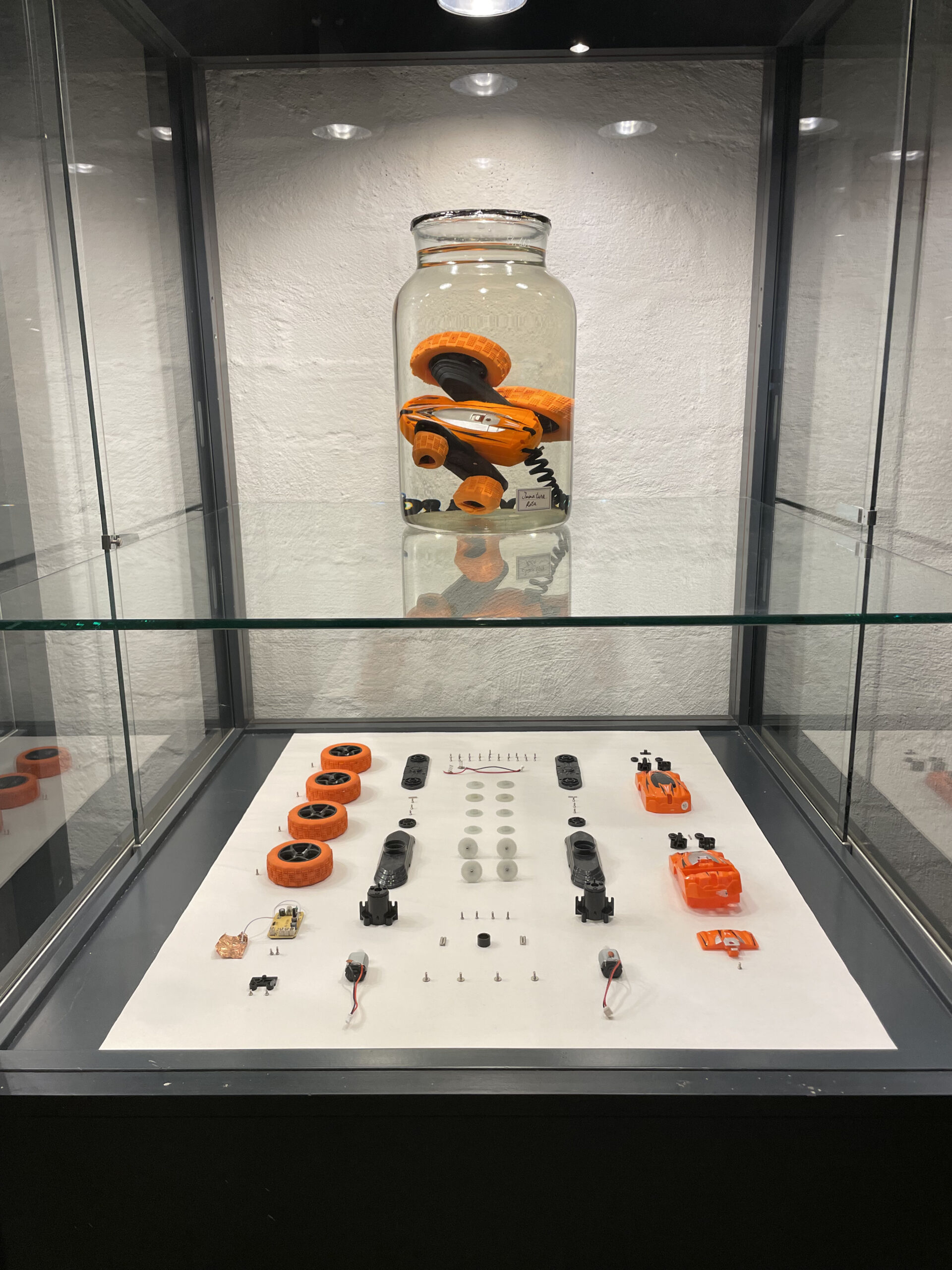 On 9 September 2021, we witnessed the making process of robot specimens. Created by Bram Ellens, they are on display at his exhibition Robots in Captivity at BuitenplaatsDoornburgh since late September. Members of Performing Robots contributed to the development of this work by organizing a workshop (Buitenplaats Doorburgh, 16 September 2021) on the topic of anatomy theatre including different anatomical practices in Western history and the ideas embedded in them. Read the blog post here, and see photos of the robot specimens here. 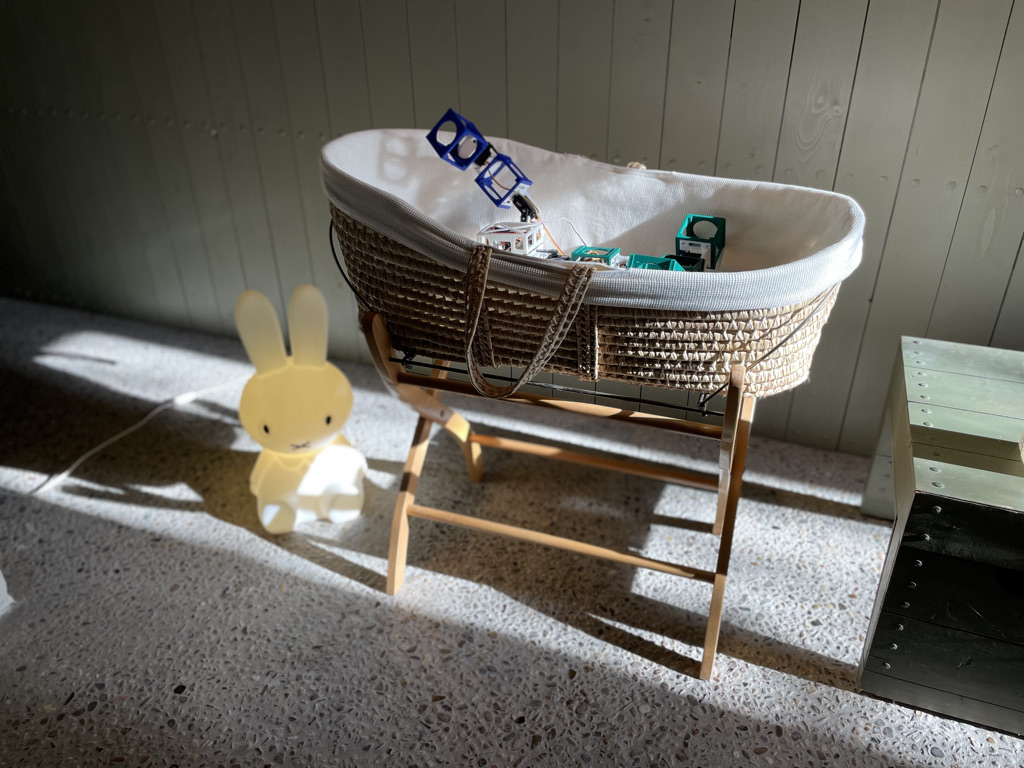 Neo the robot baby was born on 15 October 2021 at Vrije Universiteit Amsterdam. Neo’s presence in this exhibition questions what it means for us to coexist with being that have come to existence as result of evolving technology. How are their births controlled – or not controlled – by humans? To what extent do we anthropomorphize them, and how does that affect our relation to and relationship with robots? How can/do we coexist? Read more here, and see photos of our baby here!

The Vulnerability of the Mad King

From a distance you hear a rattling sound, as if chains are dragged along a concrete floor. The sound bounces off the walls of what seems to be a large, empty hall. It creates loud echoes, which are accompanied by the sound of what could, possibly, be a mechanic drill. You move closer, and, after walking through the wide-open doors, you find a large, orange robot behind bars. See the blog post here. 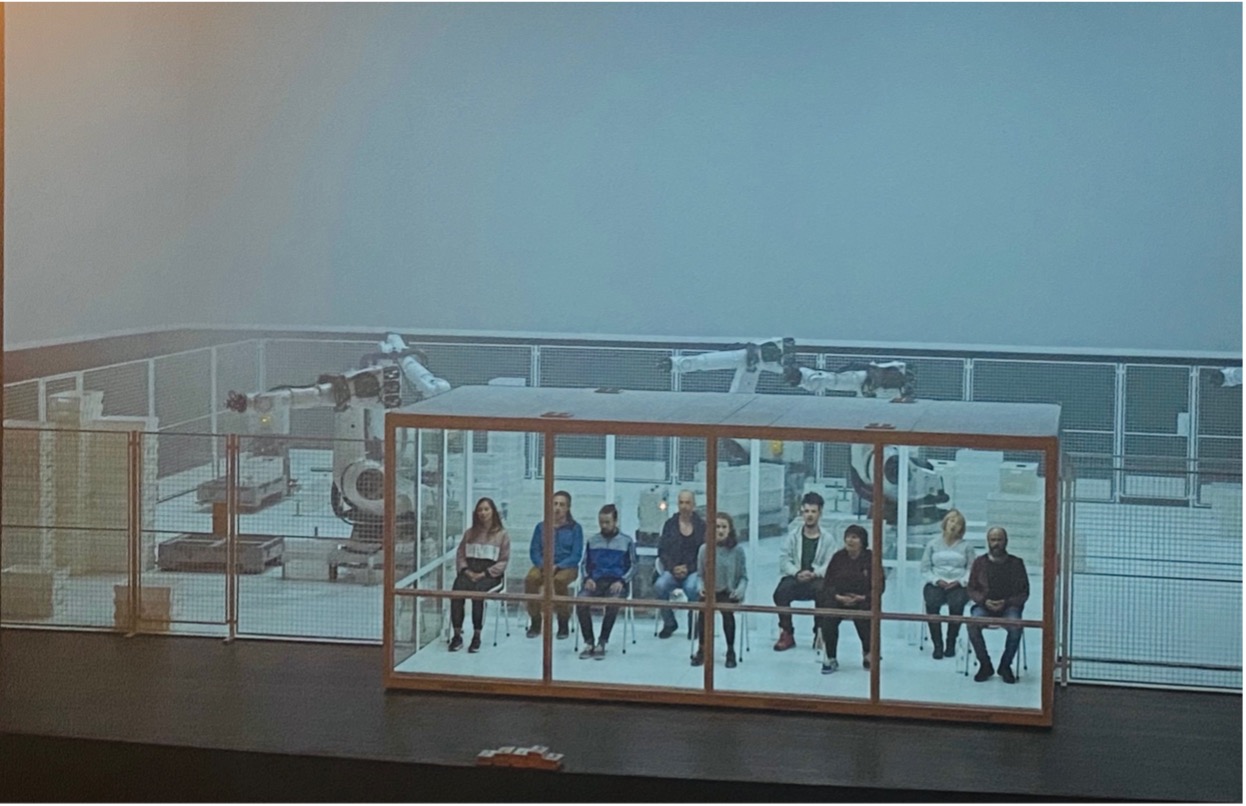 In a session of Meet the Makers, artist Bram Ellens shared his thoughts about his exhibition “Robots in Captivity” in Buitenplaats Doornburgh. Ellens reflected on his experience as a maker and engaged in a dialogue about the exhibition with Irene Alcubilla Troughton and Ruowen Xu who, from the perspective of their own research on theatre and robotics, will brought up questions and reactions to his work. See Ruowen Xu’s blog post on this session here.

Organized by Transmission in Motion, the Meet the Makers program aims to facilitate meetings and conversations between academic researchers and students, and makers – i.e. artists, curators, dramaturges, designers or other creative practitioners and professionals within the wider field of arts & culture. 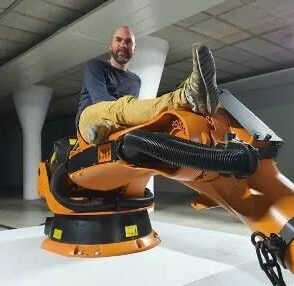 Based in the Netherlands, Bram worked for 10 years as an entrepreneur before making his career transition into an artist. He focuses mainly on theatrical sculptures and installations that are dramatic while simultaneously evoking a certain stillness. His works stimulate thoughts and curiosity, affording contact with the audience. You can find out more about the artist here.